Mo and I left from our usual meeting point all alone and decided to use the motorways and get there as quickly as possible. Once on site both Archie and Sue had camped overnight. Ivor had arrived by car having brought the dome over to place on our site. We parked up to be followed by Posti and Lee with Dave being the last to arrive. A small dedicated group of Scrumpies but all keen to enjoy the day. 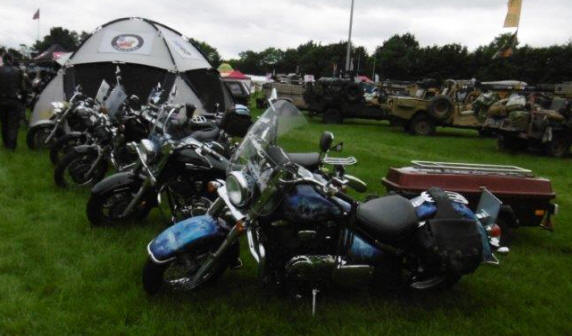 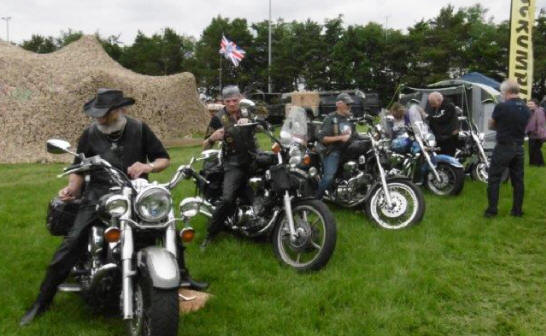 The weather was favourable with no rain even if a little overcast with a little sun occasionally. We did our usual run around the arena and were greeted with smiling faces all round the ground. We left Archie and Sue to enjoy a quiet evening. We decided it was more comfortable at home in our own beds so off we went back to Weston the country way.

We met Ivor and Sylvia at Morrison’s and went on the motorways to get there around 09.15. Archie and Sue had a peaceful evening and TC had brought the van complete with carpet and a sparkling bike as usual! Mark Lewis came in next followed by Dave with Roman and Nick. 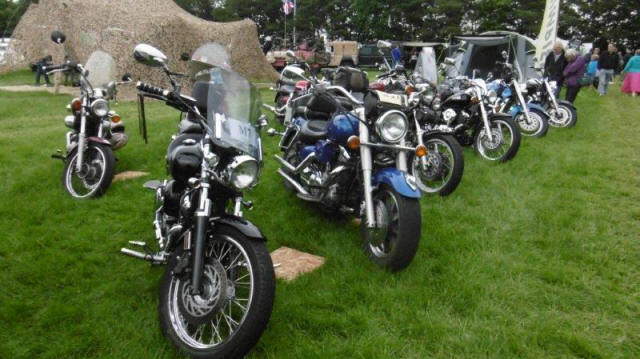 We also had an American MP bike owner ask if he could park with us so we had a police escort with us even if it was an old Harley! Keith and Annette arrived later and the stand looked great with so many gleaming bikes on show. We did our “Sound of Thunder” early in the afternoon being conducted by Mo to keep us all in unison. We were applauded loudly as we left the ring.

The organization was yet again very friendly and they really appreciated us being there. Once the winners were selected we were pleased to find the Military Police Harley had won an award so at least we had something on our stand even if it wasn’t one of ours! This was their fifth event and I believe this is now considered as an annual event for us to attend. It was a great weekend mostly warm even if overcast with just a little light rain. A lovely chilled out time enjoyed by all who attended. Many thanks go to Ivor for finding and organizing it yet again and to all who supported and attended it.