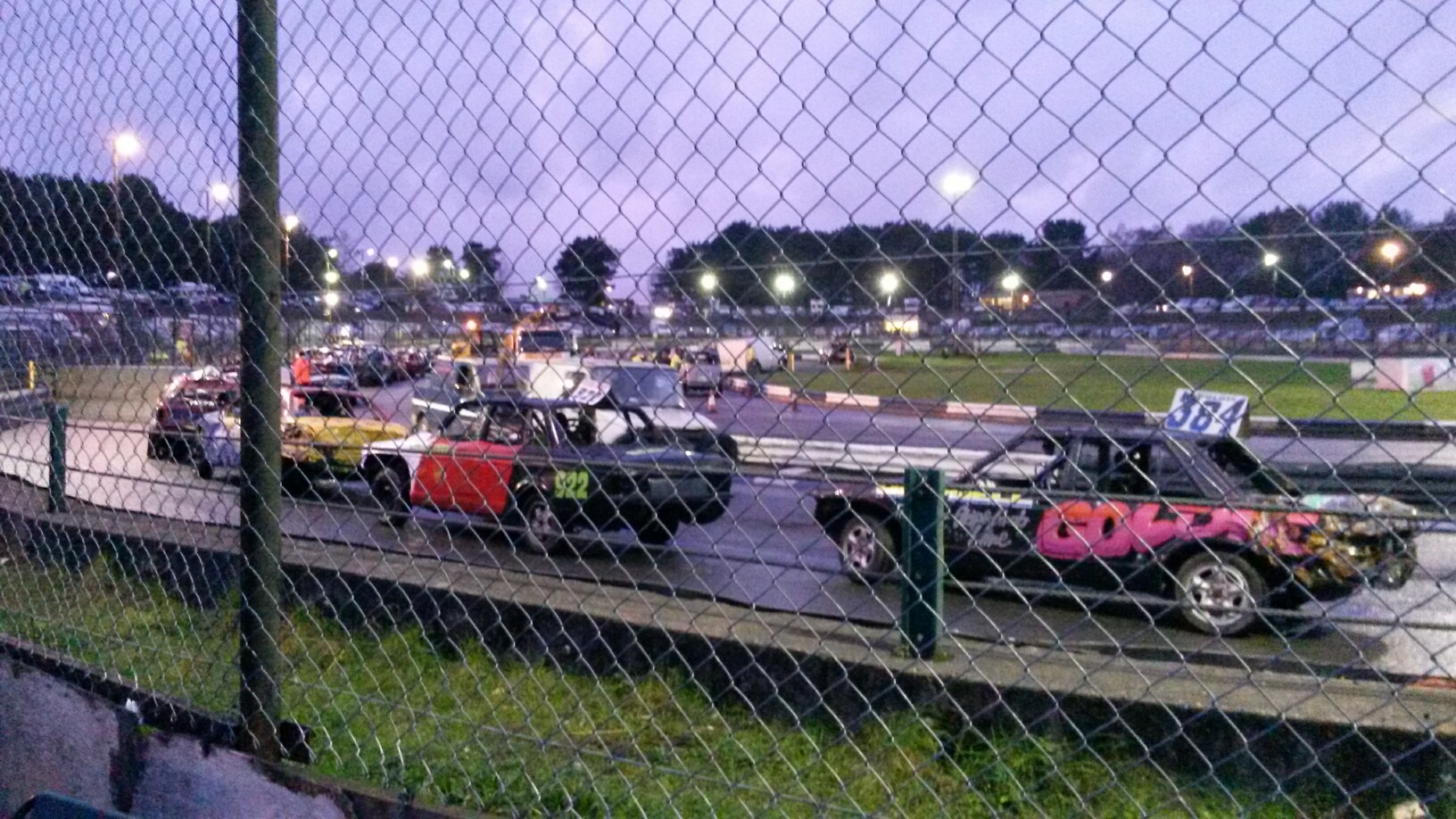 “Get there early” he said…”it’ll be packed out” he said, but I must confess I looked at my instruction email and smiled…..“you’re having a giraffe! TC” surely a bunch of blokes smashing up cars on a track can’t be that popular! “

How wrong could I be…Ivor, Sylvia and myself arrived at the Ringwood track around 1pm with racing due to start at 6.00. TC (who’s been doing this since he was a boy) had been there since 11.30 being the second car in when the gates were opened. Already the safety fencing, which lined the track, looked like something resembling a swimming pool in Spain when the Germans are in town. There were spaces saved everywhere!! Chairs, tables, stools, steps and benches, you name it… the regular goers had used it to save themselves the ultimate in front seats. They seemed to know that the event would be well attended by gad it was. Terry, had been he’s usual ever thoughtful self and ensured his friends got the best of experiences by setting up shop right on a bend. "They'll come straight at you standing here, girlie" he said "you’ll see everything" and he wasn't far wrong hee hee hee. As it began to get dark, the crowd grew to standing 5 or 6 deep and the tension mounted. With our noses pressed up against the fence, the cars made their way onto the track and our safety glasses went on…..

Those who have been before will doubtless have their own description of what happened next but my own goes something like this………….It was like allowing a bunch of drunk wacky racers to drive the wrong way round the M25 in the dark!! It was seriously great fun and you really must join us next time…

Thanks for a brilliant day Terry xx