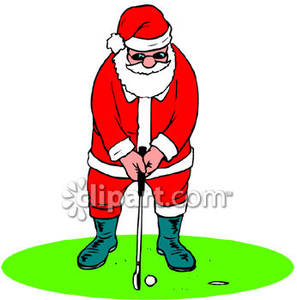 Wiltshire made the mistake of asking me to arrange the Christmas Meal this year and I totally ignored the brief of Christmas Meal. Out went sitting in a pub and in went crazy golf and a curry. 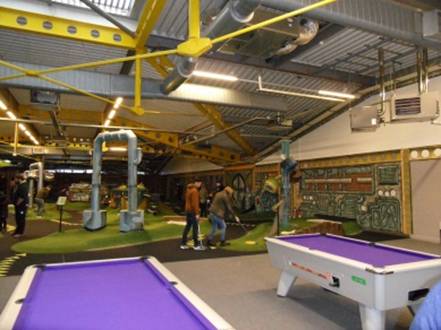 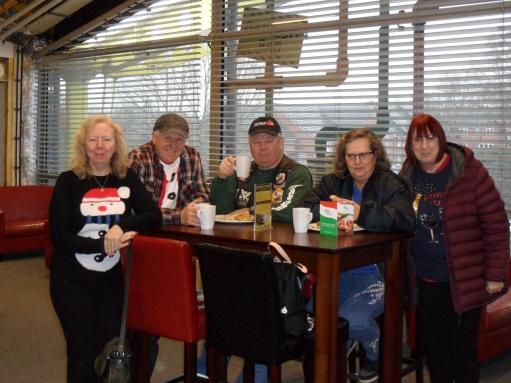 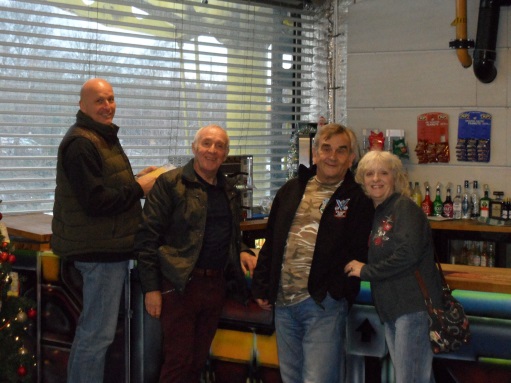 We started with the usual chat and catching up with each other as some of us has not seen each other for at least weeks if not longer. It sees that with Scrumpies even if you do not see each other for a while, friendships never diminish and you carry on as if no time has passed. Drinks and snacks consumed -  to the tournament.

Some had to be reminded of the rules in that the hole between your legs is the one you should be aiming for (with the last sentence any smutty thoughts are of your own doing and there is in no way any other implication as to meaning other than the evidence in the picture). 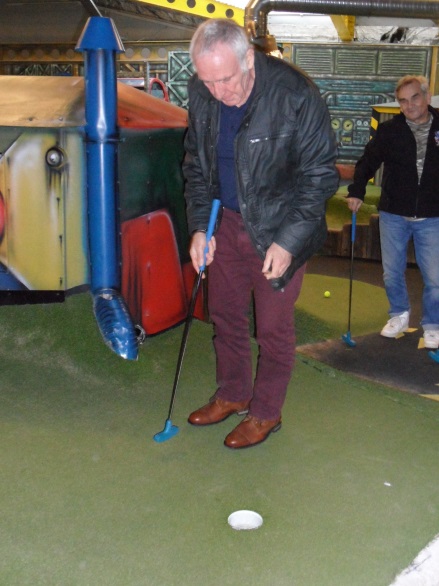 Of course it does not help when your ‘friend’ behind you steels your ball – one minute it was there and the other it was not.

Soon we got into the ‘swing of things’ 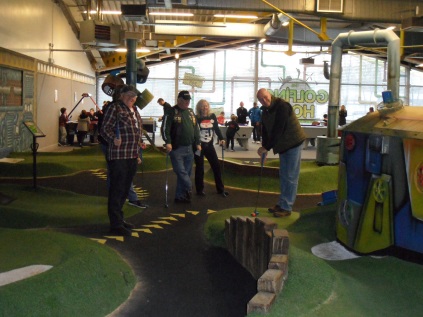 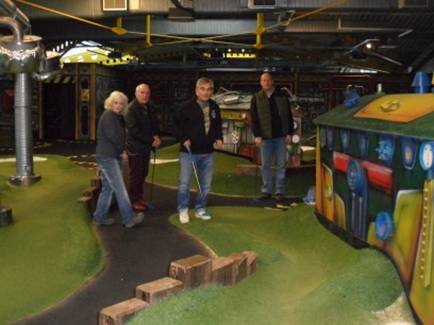 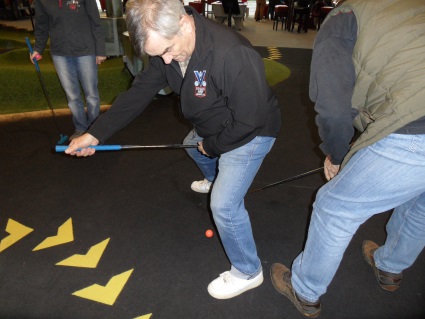 And interfering with each other balls (don’t make up your own story). 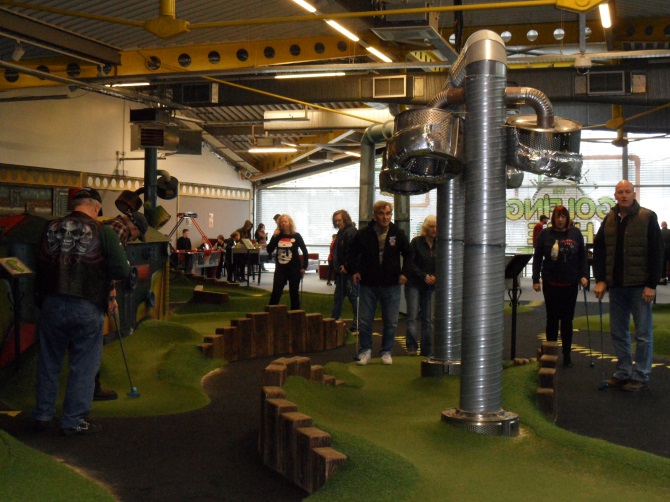 With some interesting techniques for bunker play 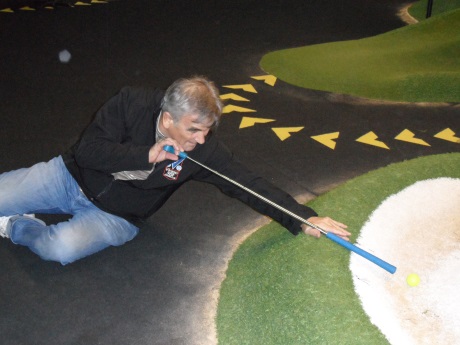 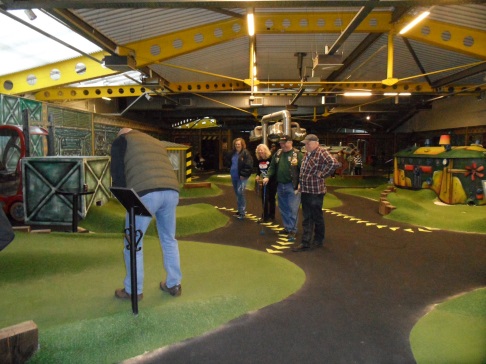 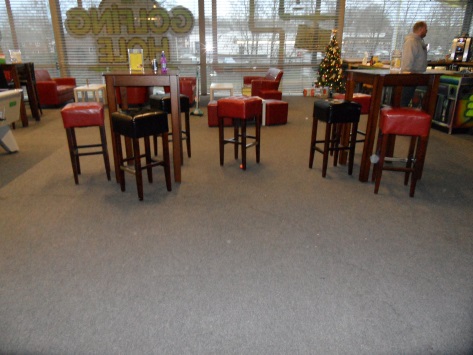 After so many attempts Bandits ball decided to hide as it did not wish to come back.

18 holes were soundly beaten – off for food. 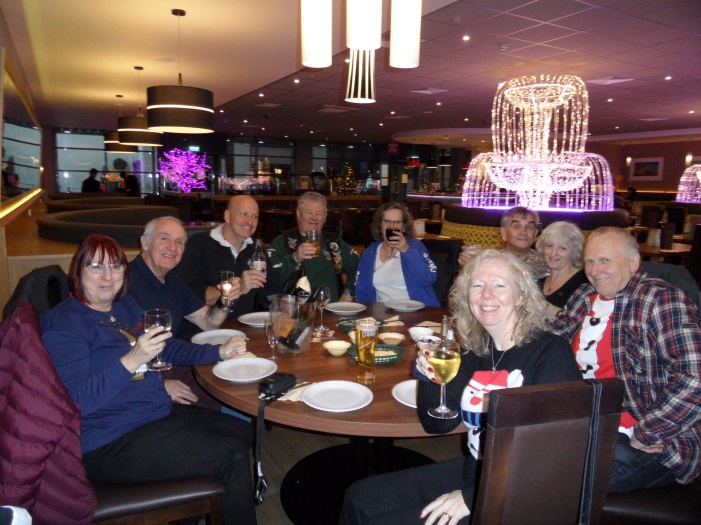 We decided to avoid the roast turkey theme and went for a curry. They had specialities from no heat at all to very spicy so all taste buds were catered for and the sensitive ones were protected from attack.

At the meal we had the presentation for lowest and highest score in the golf. 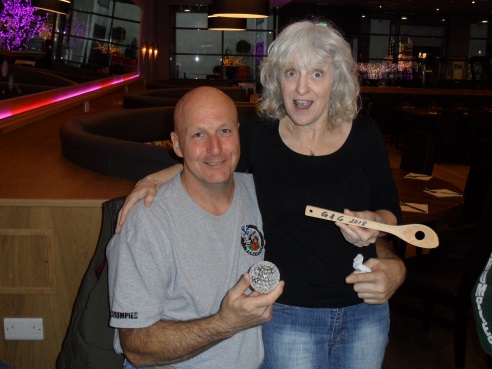 This also happened to be the lowest and highest people as well – I don’t think there was any correlation between score and height – but…..

After a good game of golf and good food and sufficient drink it was time to go. Blacky had volunteered to bring transport and 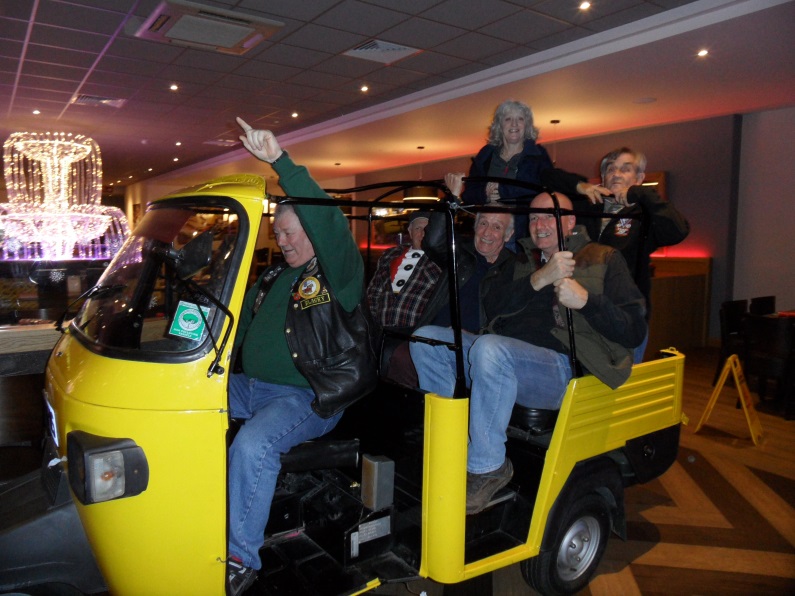 we just have to hope that all arrived home safely, if not a tad cold.

Have a Very Happy Christmas and roll on Season 2019.

Ps. Never stand near Becks when he is playing Crazy Golf.

His ball must have rebounded into his groin area (meat and 2 veg) at least 3 times. You stand close to him at your own peril. You have been warned.